My friend Karin passed away two months ago. She wasn’t one to share her troubles so her friends didn’t know she was ill. At her passing, we were gobsmacked. If you knew her or read her writing, you know how clever and funny she was.

She really was. She hated links in blog posts but she’ll have to endure this one: Altadena Hiker

Generally speaking, books–the physical things that have spines and pages and take up space–well, those wonderful objects now rest in the delicate balance between “These are the best objects ever” and “What ever will we do with all these?”

Karin departed with no plan for her earthly possessions. On the last day her house was being emptied, I rescued her books from the dumpster. I don’t have room for any more books so I’ve been driving them around in my car all week. Along with her dusty leather jacket and a London Fog raincoat she wore in the 80’s. And a wall hanging that covered a big hole in her bedroom wall. It looked as if she’d given that wall a good kick.

One of the guys cleaning out the house asked if I were going to give the books to a library. My mind flashed on the huge library sale scheduled for the weekend. Even libraries are shedding their books these days.

You wrote that you were ill, but knowing how private you are I didn’t ask you to elaborate. Even asking a simple question would have felt like prying. So I didn’t ask. Nor did I offer help. But this post is not about beating myself up after the fact.

Cultured, well-read, well-travelled, funny and clever. You had your theories about life and people, and they always rang true. You had a command of words. Your writing was funny, wistful, charming… 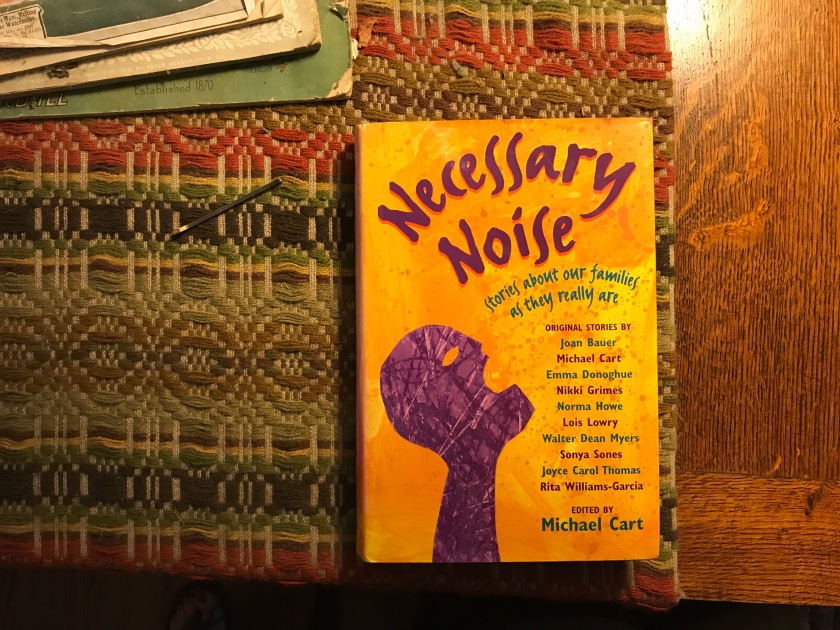 I found this book on your desk, and it is a shame you are not in it. But you wrote about your own mother in this post. Brilliant.

Tim wrote a poem for you:

When walking on a hardwood floor,
she preferred to be bare-footed.
When sharing foodie wonders more
Green lipped mussels would be assure-ed.
Her sport ‘twixt equus and tennis soared
with blinding thought awareness.
Karin, your somber, elegant vibe
hiked out in blogger even-fairness.
To all such fancy we celebrate
the watchful eye you fathomed,
Whilst conjuring life’s circuitous course,
A leaping o’er the chasm.

Terrie celebrated her birthday (a big birthday ending in Oh!) by wearing a tutu at the Chateau Marmont. END_OF_DOCUMENT_TOKEN_TO_BE_REPLACED

Oh YOU!  You nice, nice people!!!  YOU lovely, kind-hearted souls!  THANK YOU for the gift of in-home, his-and-hers massages for The Scout and me.

You didn’t see but I opened the envelope and burst into tears.  Heard of projectile vomiting?  I was projectile crying.  LC had to sprint for the box of tissues.  THANK YOU!

In the vein of “Stuff White People Like,” I am here today to boast that I have European friends. You’ve already met my French friend Nadine (who moved from Redondo Beach to Monte Carlo earlier this year). Meet my other French friend, Valérie Dessaint. I met her in Terrie Silverman’s Life Stories Workshop. She’s an incredible artistic spirit. You can see her blog here, and her Flickr photos here.  Her photography is gorgeous.

I also have friends who do really cool and adventurous things. Let me introduce you to Nadine and David Brown. I went to high school with David. Here’s an excerpt from my diary (February 26, 1976): “Suddenly David Brown has a body. I noticed today when he was doing his duet with Mark Tanquist.” I didn’t have a crush on David or anything, I was simply observing. ANYWAY, David and his wife Nadine just moved to Kuwait to teach in a school there. You can read about their adventures in Nadine’s blog, Kuwait, Kuwait, Don’t Tell Me. (That brings up something else white people like – NPR.)

So cheers to friends and friendships. I am awed and inspired by my brave and artistic friends. My heartfelt thanks to all of you. (You know who you are, and if you’re sitting there doubting that I mean you, get over yourself. OF COURSE I mean you!)

UPDATE: Thanks Pasadena’s PIO Ann Erdman, I got the straight scoop what to do about feral cats from the Pasadena Human Society’s web site. No more feeding them – I’m cat lady no more. Whew! Pa Kettle says it’s better to just buy a trap (works out to the same cost of renting). Oh joy.

The Tuesday morning after a three-day weekend is just a Tuesday hiding in Monday’s clothing. I don’t know about you, but all week long I’ll be confused about what day it is. I will be inconsistently incorrect—sometimes a day late, sometimes a day early. If you see me on Thursday, I will swear to you it is Friday. Thursday will feel like Friday when it should feel like Wednesday.

I’m losing a friend to France this week. Well, she is French, so they had her first. She’s moving back, and though we will keep in touch via e-mail it won’t be the same. Not only am I saying au revoir et bon chance, I’m picking her up from Redondo Beach, having ‘the last lunch’ with her and taking her to LAX. Yeah, I’m going whole-hog with the saying good-bye business.

My friend N and l’objet de nature she found on the plage.

Sooo—my word for today is verklempt. It’s a lovely word, put to good use by Linda Richman on Saturday Night Live (that link is to Barbra Streisand’s surprise appearance on SNL). Linda would become verklempt on the show and need a moment to recover. She would then toss out a topic and say “Talk amongst yourselves.”

Here are some examples (thanks Wikipedia):

“The Holy Roman Empire was neither holy nor Roman nor an empire. Discuss.”

“Ralph Fiennes is spelled neither rafe nor fines. Discuss.”

“Rhode Island is neither a road nor is it an island. Discuss.”

“The Progressive Era was neither progressive nor an era. Discuss.”

“Did Truman drop the bomb on the Japanese to end the war or to scare the hell out of the Russians? Discuss.”

I love you, Linda, but verklempt has a life of its own and must not rest with you in the annals of SNL history. Women the world over need this word. Lassen sie mein Wort!  (That’s just German, not Yiddish.)

In the meantime, talk amongst yourselves about AP’s term limits idea.

Oh, and while I’m on about things Yiddish: Did you hear Jon Stewart say (Linda Richman-style), “So who do you want? The schwarze oder shiksa?”

To any of you who may be wondering why Aaron Proctor hasn’t posted on his blog lately, it’s because the aliens got bored with Bill and came back for fresh meat.

Just kidding.  His computer is on the fritz.  He’ll be back on line soon.  Ih the meantime, he’s catching up on his DVDs.