On TV, the Rose Parade looks orderly. Polished. Once the parade gets past the network cameras, it’s real life and real people. 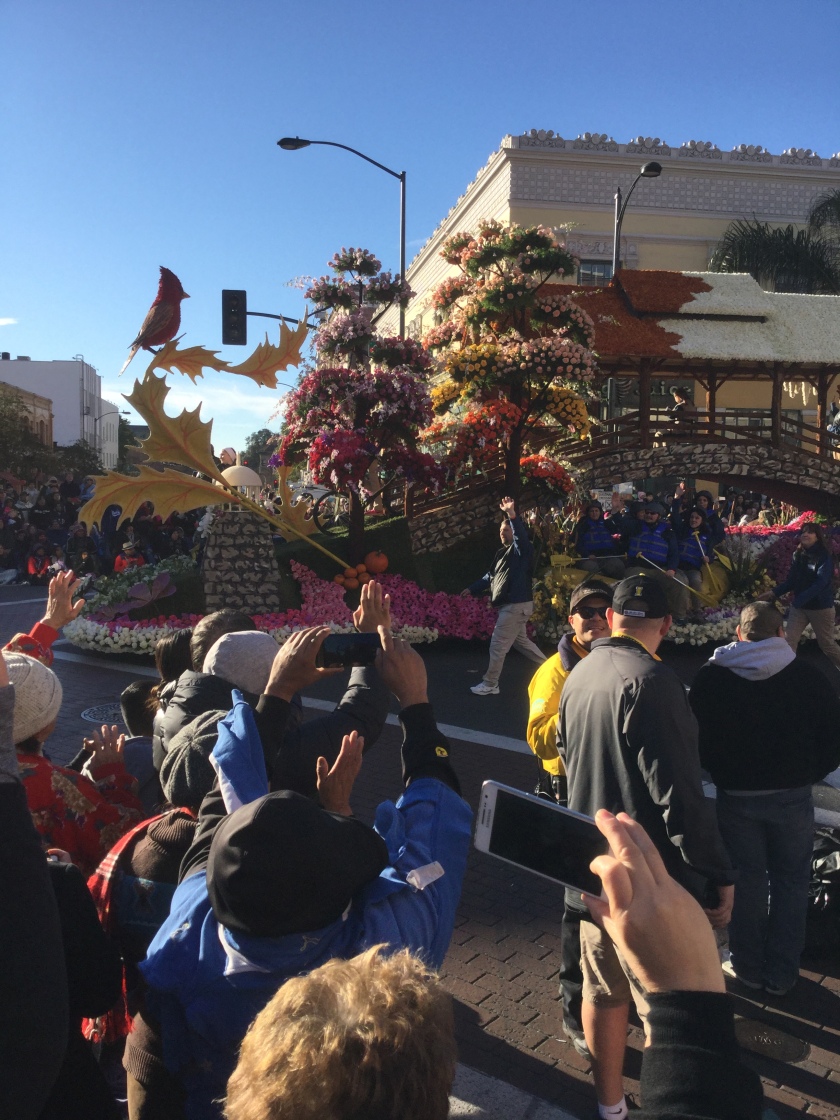 They say never to view the parade from the north side of Colorado Boulevard because the floats are built to look good for the cameras located on the south side. And, as the parade goes on, the sun rises right into your eyes. I stood on the north side anyway, because it was nice to feel the warmth of the sun. 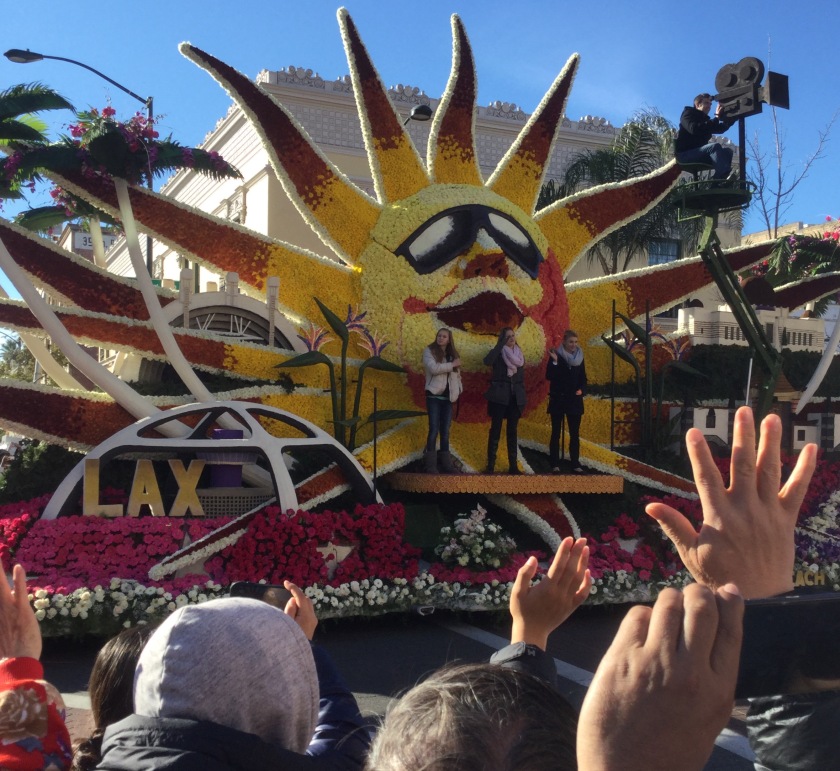 I like parades. Oh, I know the Rose Parade is corporate and blah blah blah. The floats are beautiful, and half the fun for me is being in a crowd of people who are having fun.

The Disney float was a crowd pleaser. 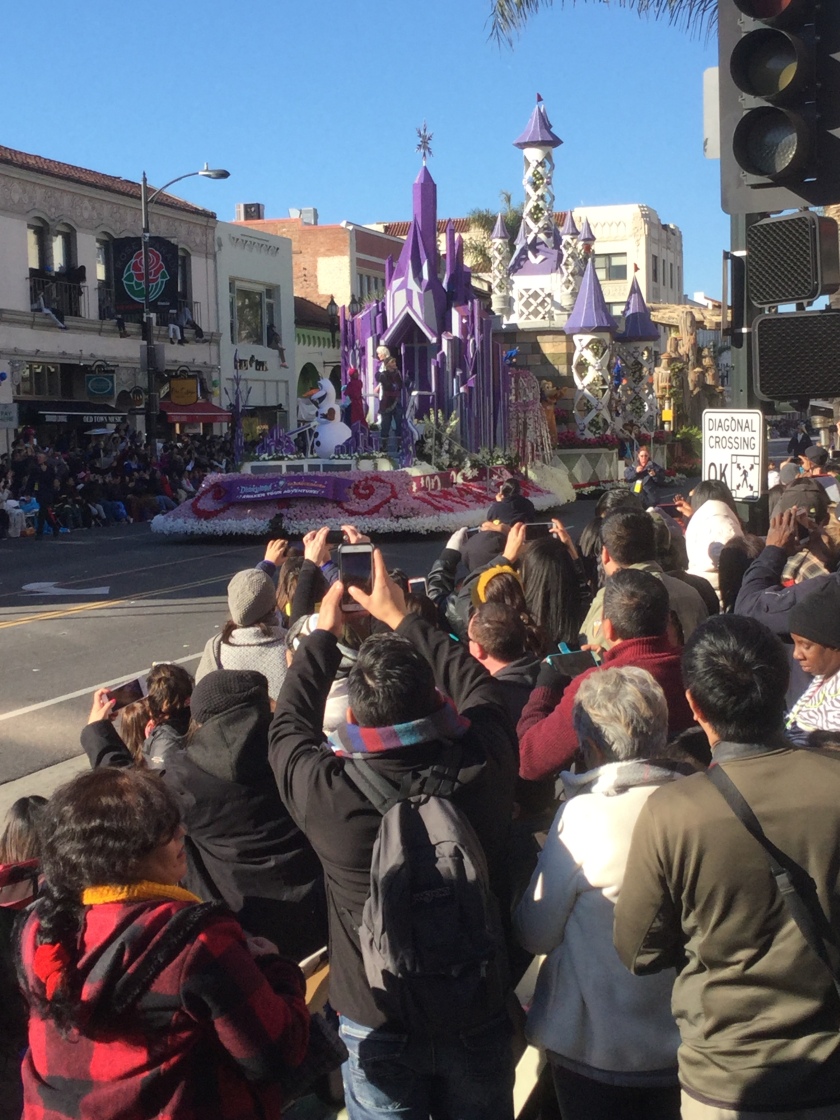 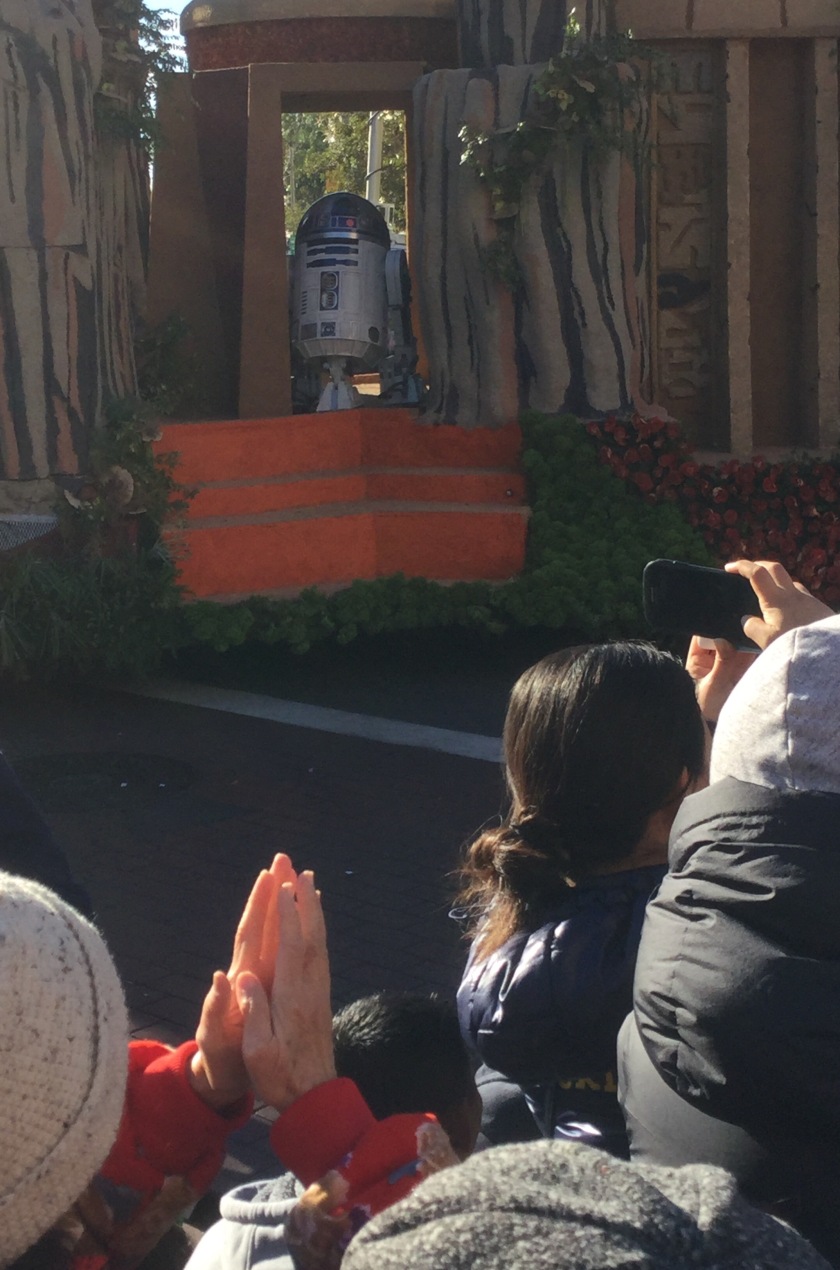 One need not watch The Batchelor to appreciate this float, and one need not include said Batchelor in the photo either.

Another hometown crowd pleaser. The two young women standing next to me made a point of staying to see this one.

I like it that flowers are fashioned into things terrifying and beautiful: 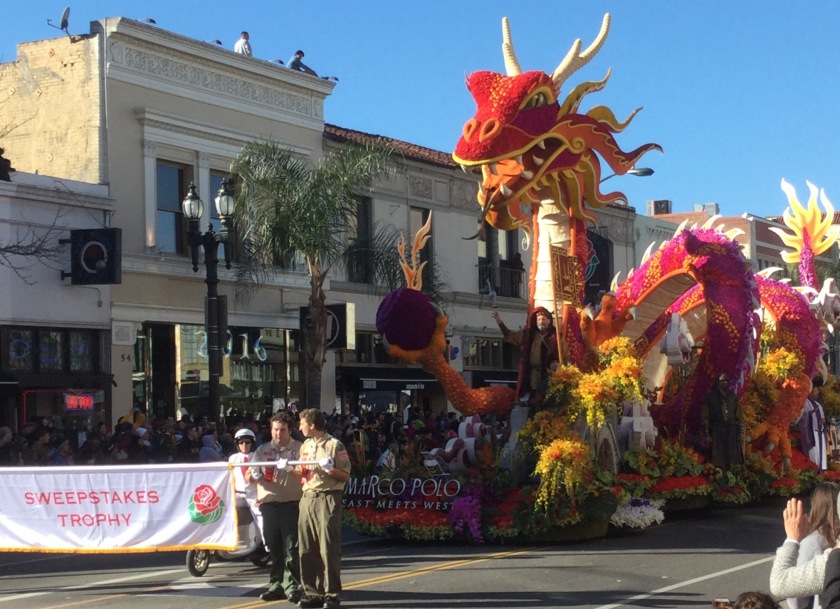 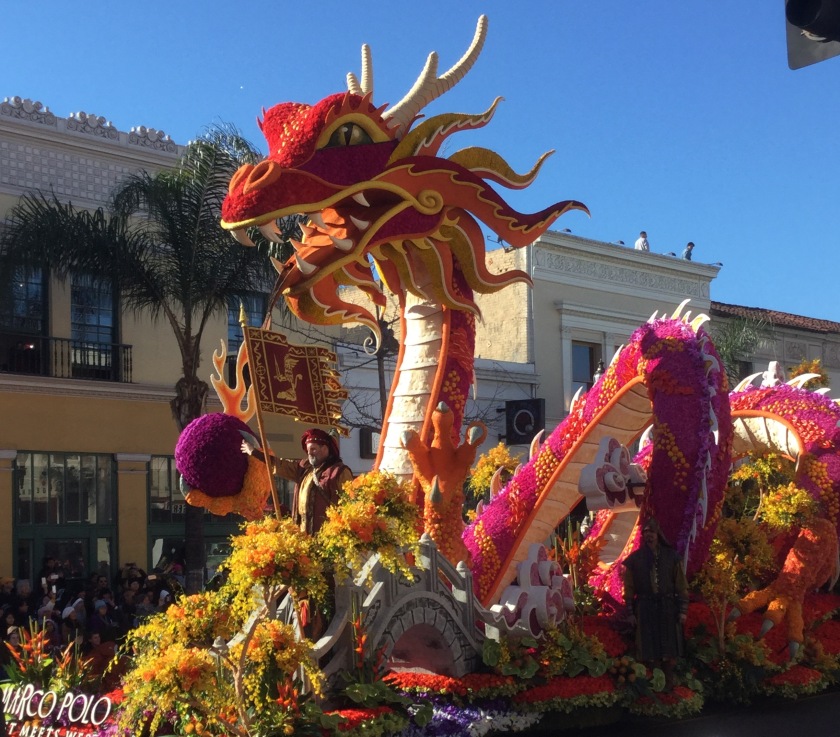 And into things whimsical: 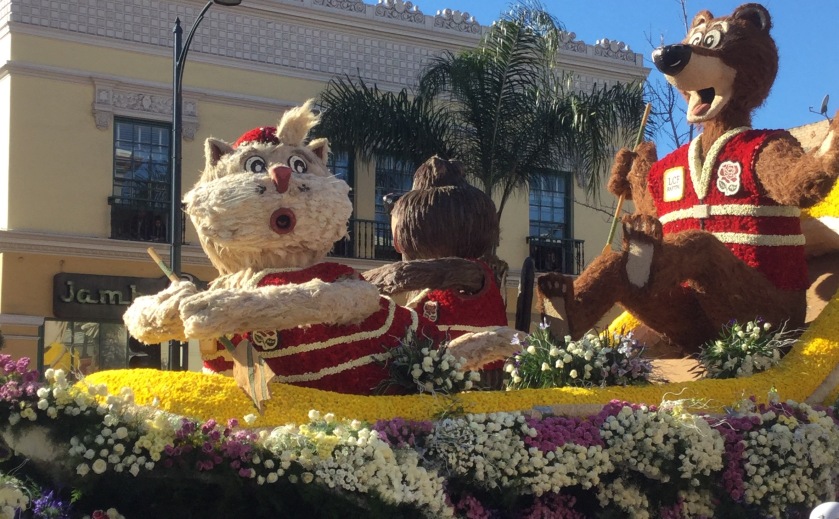 The parade had its usual fits and starts this year…big spaces between entries; traffic jams during which the parade stopped and dancers performed for 5 minutes straight – and bless their hearts they still had five miles to go; and floats that had to be towed.

Good-bye until next year– 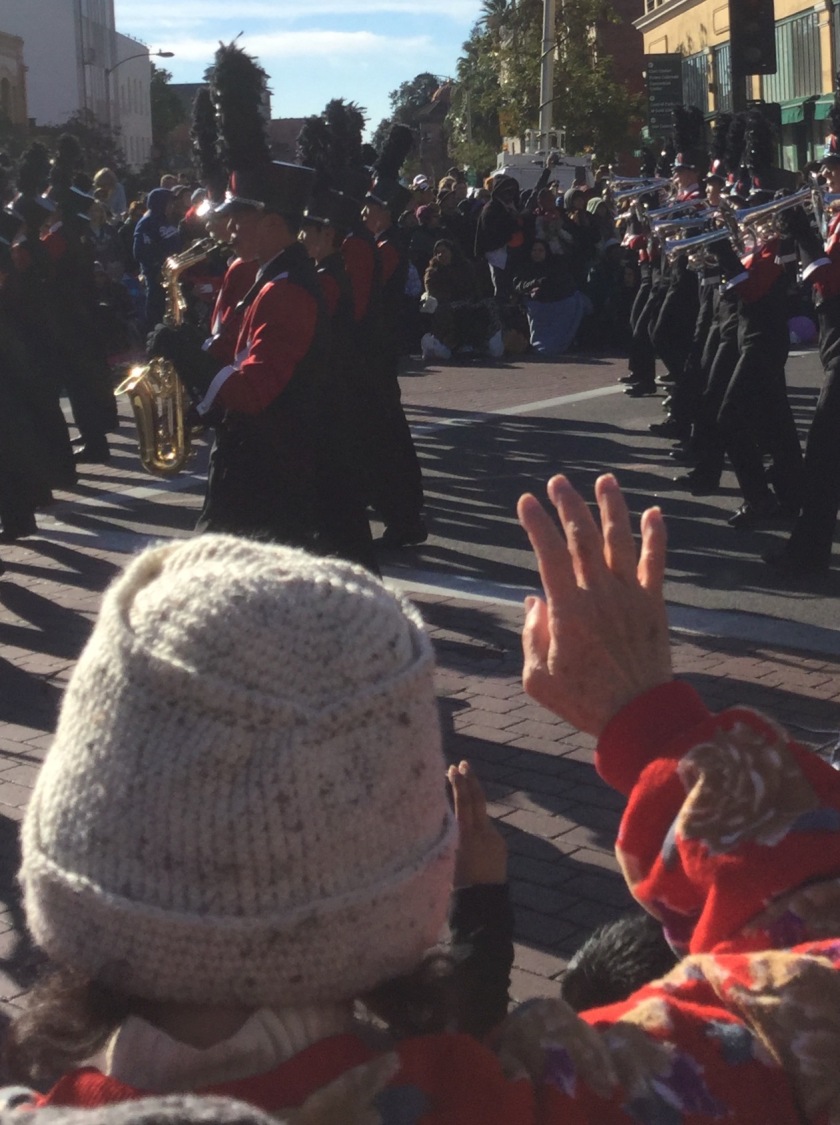 P.S. It was too beautiful to spend the rest of the day inside, so I watched the sunset from Chaney Trail. The lights in the center are the Rose Bowl.