END_OF_DOCUMENT_TOKEN_TO_BE_REPLACED

Blah, blah, blah. I’ve got too much work to blog properly, but I owe you an update. My friend A is doing well, though she will never return to her doctor again (she’ll get a new one). Sample conversation with Doc prior to recent surgery:

A: But I’m still having pain—something isn’t right.

Doc: Oh, everything is fine. You’ll be fine.

A: But I don’t feel well. The pain comes and goes, and sometimes I’m nauseous.

Doc: Don’t you know how many of these surgeries I’ve done? You’re fine.

A’s ovary had become engorged with blood and she had a small cyst. So they took out the ovary and the cyst. In a subsequent visit to the ED, the physician there (different guy) told A that they didn’t take out the cyst, but that it is very small. A was (quite understandably) very upset to hear this news, so she jettisoned her doc and has been going to County for her follow-up.

It’s the economy, stupid: Today is trash day on my street, and in the 10 minutes that it has taken me to write this, two guys have come by to rifle through our bins. I heard a couple more people earlier—You locals (or anyone with curbside recycling) probably have had the experience of waking up in the early morning light to the sound of your empties clinking their final farewell to you. The last guy had long arms and gloves…essential for reaching down to the bottom where the last two plastic bottles were lurking (tonic water, if you must know).

And now, as promised, the photo (courtesy of The Scout): 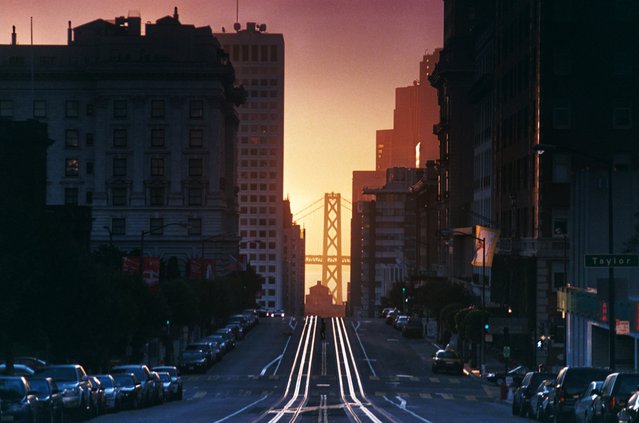 My friend A is in the hospital. She had major surgery (hysterectomy) last September, and since then she has faithfully obeyed her physician’s instructions and kept all her follow-up appointments.

But something wasn’t right, and A knew it. She told the doc she was having pain. She was sent to another office for tests but when she got there she was told, “We don’t do that kind of test here.” (I’m leaving out some stuff here because I’m not clear on the complete sequence of events.) Finally A’s physician recommended that she go to the ED (emergency department—the current parlance is that the ER is now called ED). END_OF_DOCUMENT_TOKEN_TO_BE_REPLACED