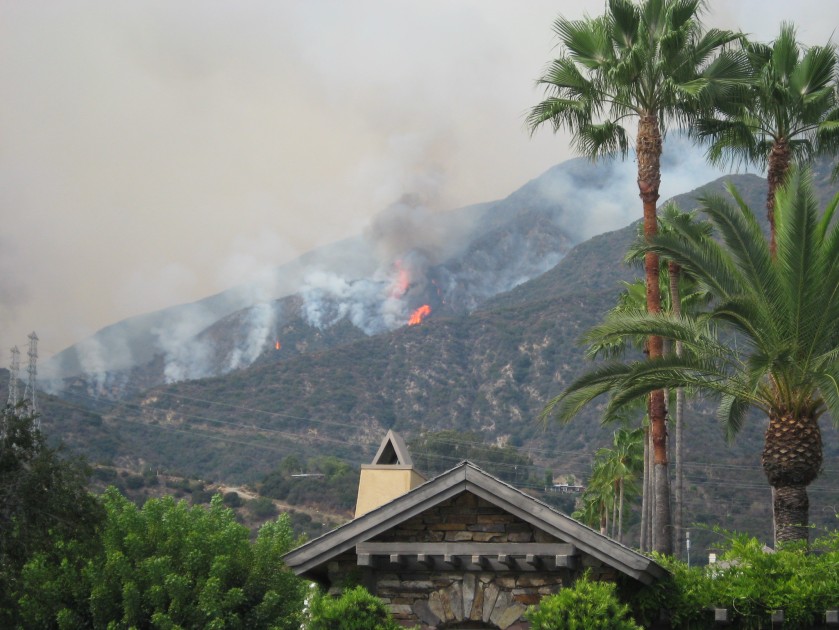 At the entrance to La Vina, Altadena. 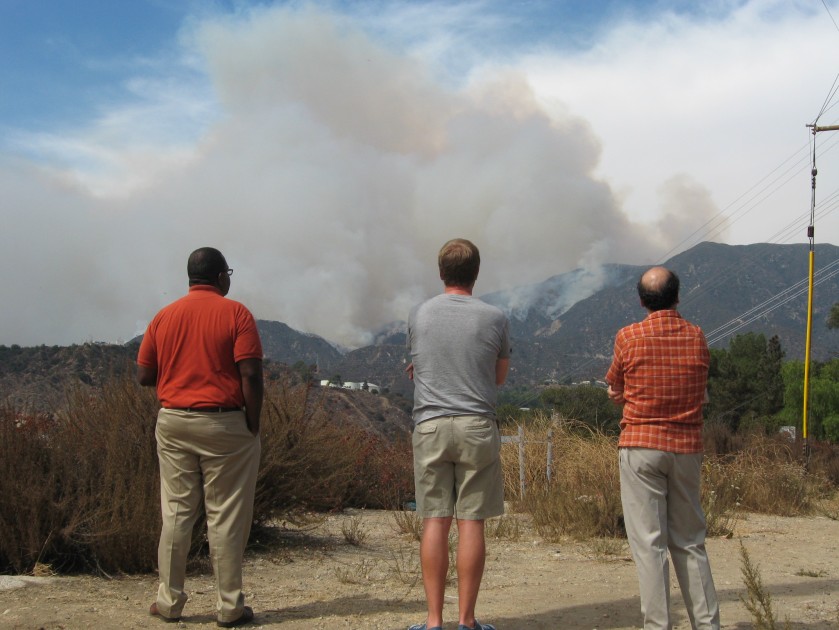 Watching the action at the intersection of Windsor and Ventura, Altadena, CA.

All photos © Tim Down

Here’s an article from the New York Times entitled “Is it OK to Blog About This Woman Anonymously?”

“As we get older and more experienced, we overestimate the accuracy of our judgments, especially when the task is difficult and when we’re involved with something of great personal importance.”

“In conflicts involving mutual assessment, an exaggerated assessment of the probability of winning increases the probability of winning,” Richard Wrangham, a biological anthropolgist at Harvard, writes.  “Selection therefore favors this form of overconfidence.”  Winners know how to bluff.  And who bluffs the best?  The person who, instead of pretending to be stronger than he is, actually believes himself to be stronger than he is.”

We’re good so far, right?  Here’s where the analogy to the Pasadena blogosphere breaks down.

“According to Wrangham, self-deception reduces the chances of “behavioral leakage”; that is, of “inadvertently revealing the truth through an inappropriate behavior.”

It seems like overconfidence is helpful…up to a point.  One needs overconfidence tempered with knowing what one’s limits are.  My dad has been a master of overconfidence his whole life.  In first grade he didn’t want to go back into the classroom after recess, so while marching in the line of children heading back inside, he didn’t make the left turn with the rest of the class but kept marching straight on in the direction of home.  As a 20-something, he convinced the Library of Congress that he had a reasonable knowledge of modern foreign languages and got a job filing foreign-language periodicals.  In truth, even though he had no mastery of any foreign language, it was easy enough to tell the French from the Dutch from the Swedish, etc., so he had no problem doing the job.  It was filing, for gawshsakes.  At least the task of deciphering one language from another added a bit of interest to the job.

Flush with confidence from a string of jobs (journalist-photographer in the Air Force, Evelyn Woods speed reading instructor, teacher at Massanutten Military Academy), he got a naval commission and was sent to Viet-Nam.  He went on to a civil service career in public relations, high school counseling, army recruiting — endeavours that require one to exude confidence.

As a kid in western Pennsylvania, my dad moved a lot (Franklin, Guys Mills, Meadville, Zelienople…Okay, I’m not sure about Zelienople, but I threw it in because it’s such a great place name).  As an adult, my dad has moved a lot.  My dad has lived in Hollywood since 2002, which means he has not lately been moving a lot, and he is ready to move.  He has been applying for civil service jobs overseas, but with his hearing in bad shape and his memory getting worse, it is unlikely he could either be hired or handle a full-time job.

I recently had to talk him out of moving to Las Vegas, an idea prompted by tax problems with the State of California.  (He doesn’t understand, as a government retiree, why the government should take money out of his retirement.)  Able to minimize the wretched Vegas heat from the comfort of his top-floor Hollywood apartment, he was attracted by the lower cost of living.  He probably also wanted to continue his streak: “I’ve never lost in Vegas,” he avers.

Plans for Vegas have now been shelved, but my dad continues to exhibit, between episodes of JAG and Perry Mason, a desire to move.  At the same time, he does tell me about his failing memory.  “I have no secrets,” he’s always said.  He gets mad at me when I don’t respond to his e-mails, he’s crotchety when I call in lieu of e-mailing, and the other day he got mad at me for using the word “palindrome.”  Despite all this, my fingers are crossed that he will continue to have lucid moments of honesty when he tells me about his failing mental state. 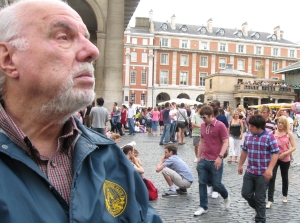 I’d love to hear about how it’s going with you and your aging parents.  Feel free to comment, or leave links in the comments.

END_OF_DOCUMENT_TOKEN_TO_BE_REPLACED

I’m in the midst of planning my high school reunion. It will start on Guy Fawkes Day – though I don’t anticipate that we will build a bonfire in the hotel lobby.

Among other e-outreach activities, I set up a Facebook page for the event. The FB page contains info about the date, the city, the hotel, etc. I think it is pretty clear. Yet people still leave comments or send me e-mails asking where and when the reunion will be.

This puzzles me. I think I’ve laid out the basic information very clearly, yet some people don’t seem to be able to grasp what it actually right there in front of them.

Come to think of it, the first time “Carolina Logue” (the nom de plume of a parody blog writer) left a comment here, I deleted it. I didn’t read it carefully—it was more like I got a whiff of skunk and my eyes were too busy rolling back in my head to focus on the words. Later, when I got another comment from “Carolina” I saw that “she” was on a computer in Philadelphia. Thank you, wordpress.com, for revealing the IP address of commenters! Feh on blogspot for not doing the same!

So in the plainest speak possible: Aaron Proctor was Carolina Logue, author of the Pasadena Newer Progressive. With no help from anyone but his girlfriend, Kat.  You can read my previous post explaining all this here. END_OF_DOCUMENT_TOKEN_TO_BE_REPLACED

City of Pasadena position available: The Court Jester is a journey-level professional position designed to highlight absurdity and make frank yet witty observations about civic life in the City of Pasadena. END_OF_DOCUMENT_TOKEN_TO_BE_REPLACED