We didn’t make it to the Gila Cliff dwellings as I had hoped. One must look at the larger context here—The Scout was driving from Arkansas in the “late model” Oldsmobile Intrigue that his mother gave him (“late model” meaning, in this case, “no longer in existence”). He’d spent three weeks with his mom helping her prepare to sell her house and move into an assisted living facility in South Carolina. Major detours to historically significant sites aren’t the wisest choice on the tail end of the emotional upheaval (and fatigue) that accompanies major life changes.

On the other hand, minor detours are not out of the question. 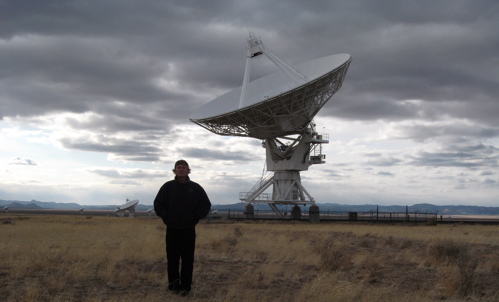 The Very Large Array is conveniently located on the way to Globe, AZ, (home of The Scout’s aunt and uncle). 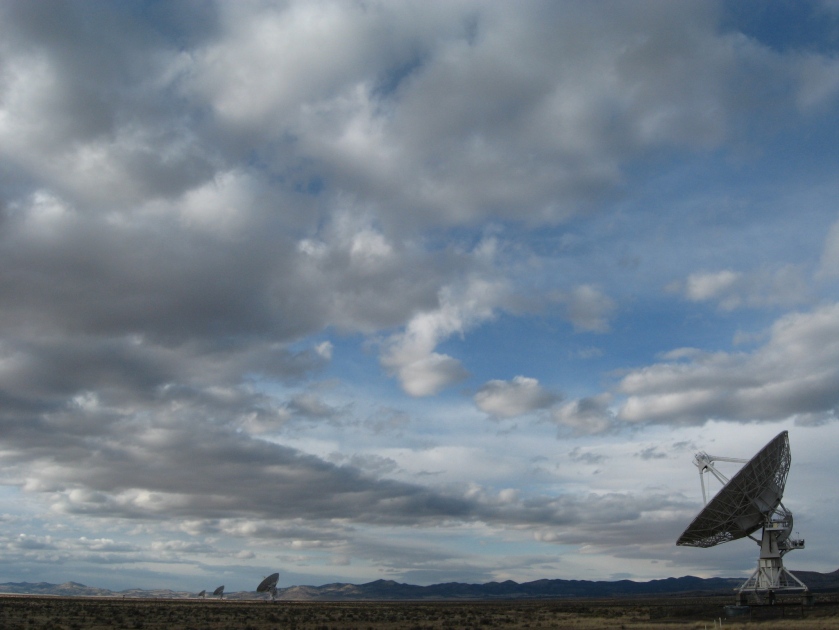 I was instructed by The Scout thusly: “More sky! Less land!” (Why do I persist in using words like ‘thusly’? I sound like an insufferable snob!) 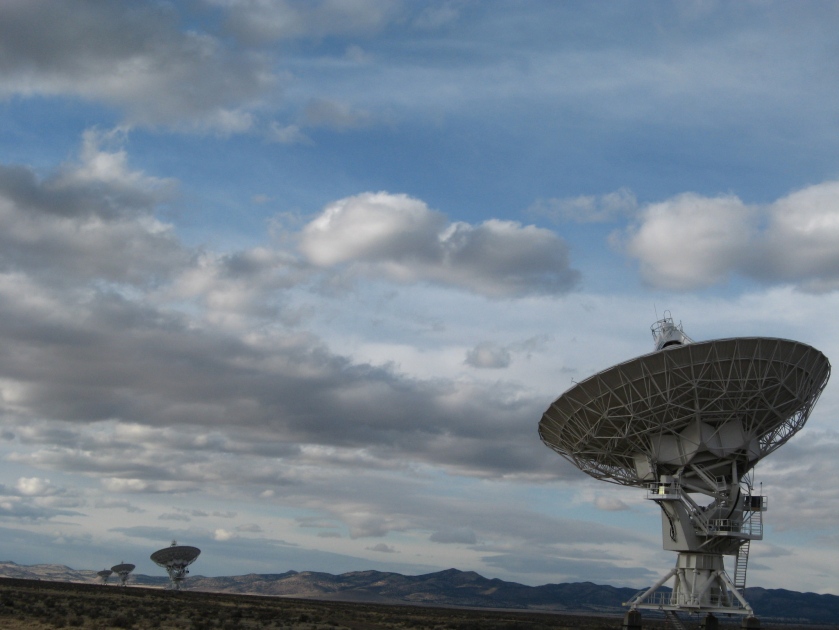 The following photo is a non-starter by The Scout’s definition (“Front-lit! Bleech!) but I like the faux tropism:

The Scout has been reading The Dark Mission: The Secret History of NASA. Whenever he leaks a thought or two from this tome, I go apoplectic. “What do you mean there are structures on the moon and Mars that the government isn’t telling us about? How could the government ever keep a secret like that, and if they could, why would they?” 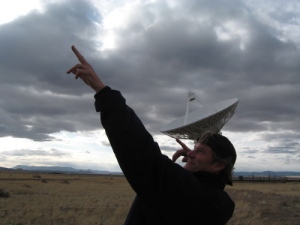 The cohesiveness of a juicy conspiracy theory feels good, especially when times are uncertain. Still, this reads like a crock of hooey to me:

For most Americans, the name NASA suggests a squeaky-clean image of technological infallibility. Yet the truth is that NASA was born in a lie and has always concealed many truths about its occult origins.

Mystical organizations quietly dominate NASA, carrying out their own secret agendas behind the scenes. This is the story of men at the very fringes of rational thought and conventional wisdom, operating at the highest levels of our country. Their policies are far more aligned with ancient religions and secret mystery schools than the facade of rational science and cool empiricism NASA has successfully promoted to the world for almost fifty years. Dark Mission is proof of the secret history of the National Aeronautics and Space Administration and the astonishing, seminal discoveries it has repeatedly suppressed for decades.

Have you heard about this fantastical tale? Surely there is no shred of truth in it. The Scout received “The Dark Mission” from his daughter, and he is reading it so that he can talk about it with her. I guess this shows just how deep a parent’s love can be. By contrast, were my sons to suggest I read this verminous trash, they would see Dark Mission fly across the room. Heck, I’d probably go all Fahrenheit 451 on it as well.