The Scout‘s father, Richard Evan Down, has died. 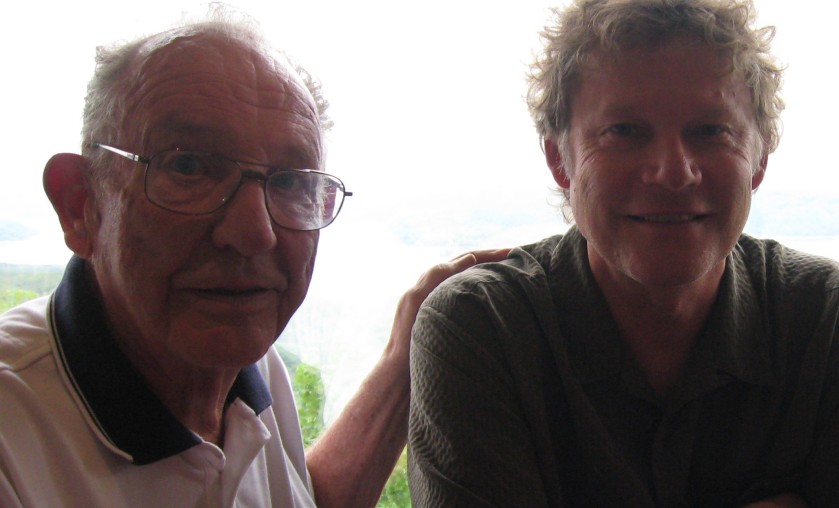 The Scout has gone to Arkansas to be with his mother and his sibs. The memorial service is Monday morning. This was not entirely unexpected, and everyone is doing fairly well.

He graduated from the University of Buffalo. He married Margaret Murray in June 1944. He was a Marine Corps veteran of World War II in the South Pacific. He was a sales promotion manager with Eastman Kodak, retiring after 37 years. He retired to Bella Vista in 1984. He was a member of Bella Vista Community Church and the Lions Club.

A memorial service will be at 10:30 a.m. Monday at Bella Vista Community Church. The Rev. Richard Lindman will officiate.

In lieu of flowers, memorials may be made to Bella Vista Community Church, 75 E. Lancashire Blvd., Bella Vista, 72714.

Mom update: I spoke with my mom briefly by telephone yesterday (I’m back home). She’s still in full blown mania, and had difficulty talking to me (“too wound up” she said). She’s anxious for me to come back up to Oregon—not sure when I’ll go. I’d like to go to Arkansas for the memorial service, but it’s a pretty full house over there. The Scout says he wouldn’t go to Arkansas if he were me. I remind him that he isn’t. Then, of course, my mother is still in the hospital…

Thanks to everyone for the words of love, support and encouragement. I love all ya’ll.