I’m back, and I’ve ever so much to say! First of all, London felt like slipping my hand into an old, comfortable leather glove. I mean it felt familiar despite my long absence from it. I did live in London for a couple of summers a long time ago. Apart from a year living in Cambridge, the rest of the time I lived in England (six years total back in *gasp* the 1970’s), was out in the boonies in the countryside. See sample image below (taken from the train somewhere between Thetford and Ely:

I’ll no doubt slip into British English whilst writing during the next few days. The Brit way of speaking is different to ours, and it expedites one’s journey when one converses as the locals do. I realise I risk sounding like an insufferable snob. Do bear with me. 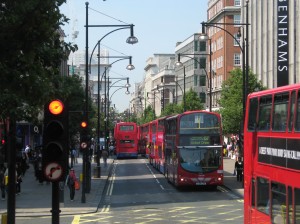 One doesn’t plan one’s travel photos, but I’ve ended up with a sequence of mannequins: 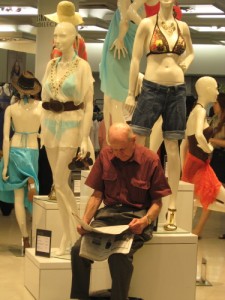 Man resting with mannequins in Marks and Spencer.

Employees with mannequin, Liberty of London (with apologies; it’s a bit dark).

Fox’s in Covent Garden, purveyor of theatre make-up and wigs.

I was traveling with my 77 year-old father, who is not well and had some difficulty moving around. We took it slow and rode the bus a lot (avoiding the stairs involved with riding the Tube). 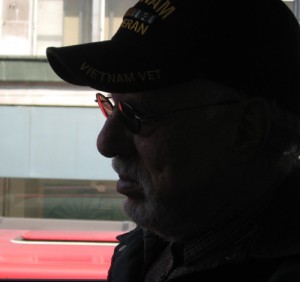 London is a heaving mass of urbanity, a very fast moving place. We walked like a floating stick stuck in the fast moving river, waters of people moving round us post haste. 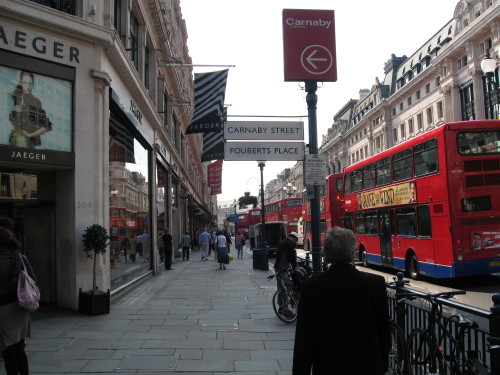 Regent Street. Not a particularly good example of what I just said. 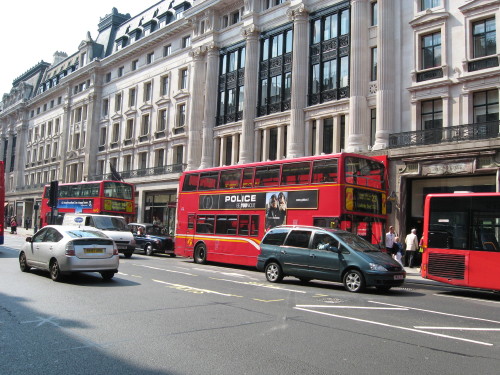 A few more snaps of London: 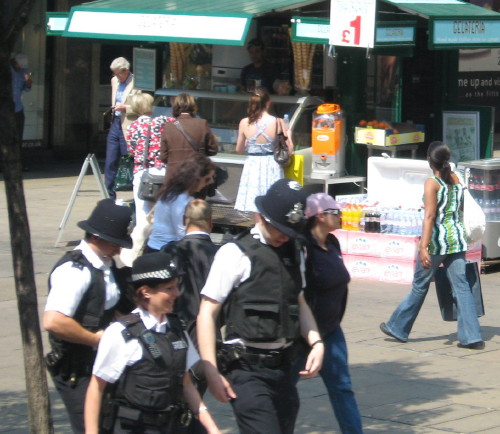 Bobbies and their gear.

The interior of Liberty of London. I love to pop in just to see the architecture. 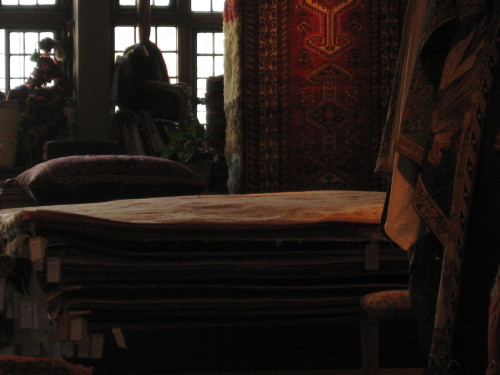 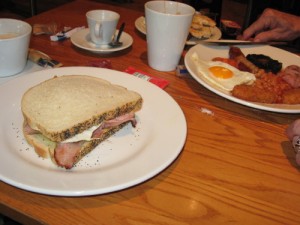 Bacon, egg and sausage butty. A veritable salt-lick but reasonably priced at Tyburn of Wetherspoon.

I went to the Tate Modern and headed first for the 7th floor cafe. Talk about a room with a view…

That’s the Millenium Bridge in the foreground.

One can always tell when the Olympics are in the offing—the presence of construction cranes dotting the skyline.

5 thoughts on “Old Blighty (Part One)”