The parade hasn’t actually happened yet, but here’s a preview.

First, “Macification” – The parade will start with a big musical number like you’d see at the Macy’s Thanksgiving Day parade. They’ve been doing the big splash to start parade for the last few years. I advise coffee (or the caffeinated beverage of your choice) prior to viewing. 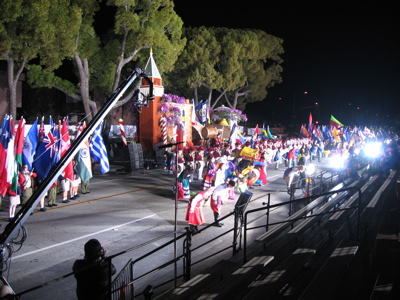 Next, my old friend (previously seen swathed in plastic): 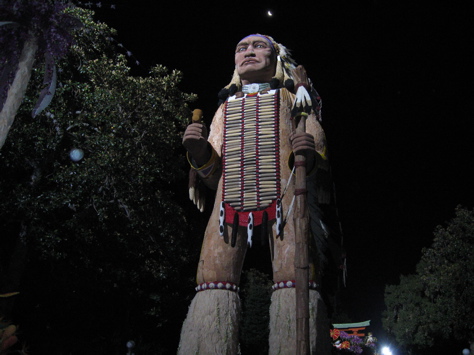 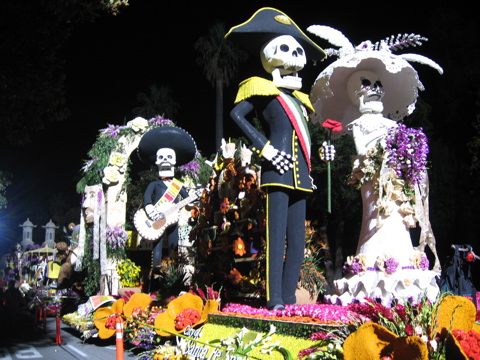 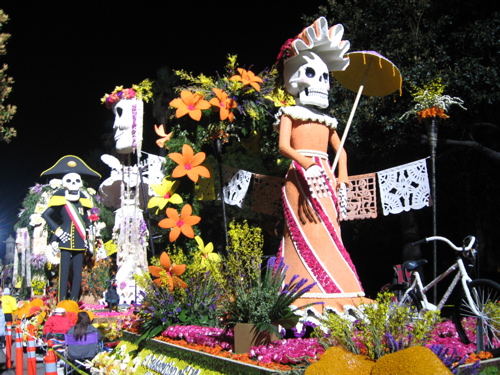 The WCGB award for Best Use of Peanuts goes to the Dodgers float: 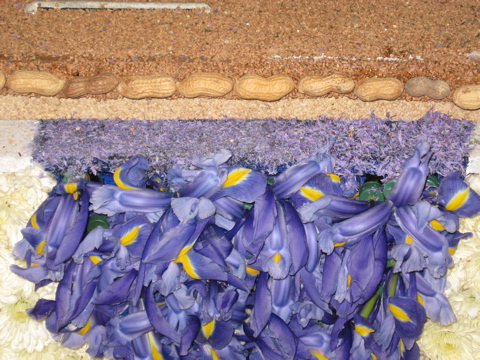 I just KNOW you’ve always wondered what is underneath those huge bleachers at “Parade Corner” (where Orange Grove meets Colorado): 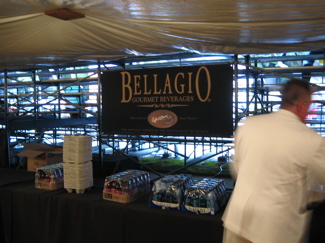 Finally, since you may have your back turned when it goes by, a peek at the well-guarded float sponsored by the Roundtable of Southern California Chinese-American Organizations and Avery Dennison.  There was a guy sitting in the cherry-picker who appeared to be putting on the finishing touches: 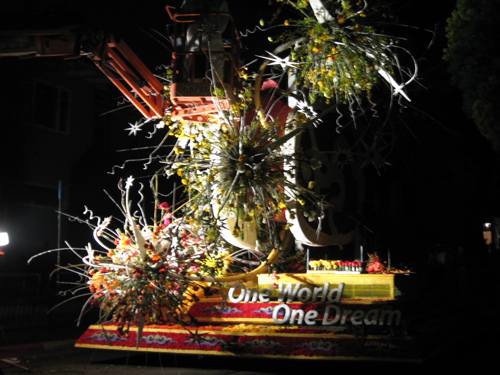